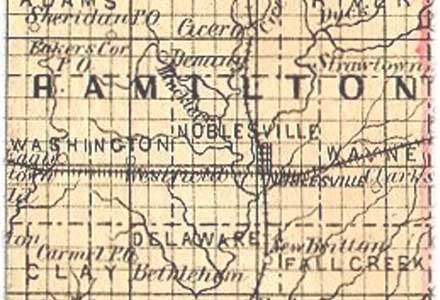 While the County’s current financial situation remains strong, the future is quite uncertain. The State of Indiana has made historic, unprecedented changes in the way local government obtains revenue from property taxes and is shifting its focus to local income taxes. Given my experience with the State’s previous attempts to reduce County income, I believe I can help the County when it comes time to make difficult spending choices.

In the next four years, the County will see a continued reduction in the growth of its income due to the State’s claim of Hamilton County being “overpaid” in earlier years. As recent history demonstrates, the State Legislature is unpredictable in their actions affecting local governments. To avoid unreasonable tax increases or unnecessary new taxes from being imposed, the Council needs members who will thoroughly examine a project on its merits and not hesitate to vote NO if needed. I was the most consistent Council member in this regard.

In my first term, I asked to be elected to the County Council and gave four promises to be judged upon:

I made those promises and I kept ALL of them.

In subsequent terms, I promised to maintain my focus on allocating monies on areas of greatest need and importance: roads, bridges, parks and public safety. In addition, I led the drive to secure funding for both a new state-of-art Hazardous Materials Response vehicle for the County and to provide our Sheriff’s department with in-car computers, which enable them to do their work safer and more efficiently. The 9-1-1 communication system has been upgraded and improved on a county-wide basis.

The Council has continued multi-million dollar funding of developments at County Parks including Coxhall Gardens, Cool Creek and Kotwei (formerly Taylor). The Council has opposed pressure from the State to increase the County Option Income Tax (COIT) from 1% to 2%. I was a leader on the Council in getting the Board of Aviation created and completing the purchase of Indianapolis Executive Airport, which preserved a key regional infrastructure asset that would be extremely difficult to build today.

I make my decisions based on what is best for the citizens of Hamilton County, those here today and those to come in the future. To paraphrase from Ronald Reagan:

If you answer yes to most or all of those questions, then I’d like to ask for your continued support as I work hard for you, my neighbors and fellow citizens.